DENVER — A Christian-run health system in Colorado has fired a veteran doctor who went to court to fight for the right of her patient to use the state’s medical aid-in-dying law, citing religious doctrine that describes “assisted suicide” as “intrinsically evil.”

Centura Health Corp. this week abruptly terminated Dr. Barbara Morris, 65, a geriatrician with 40 years of experience, who had planned to help her patient, Cornelius “Neil” Mahoney, 64, end his life at his home. Mahoney, who has terminal cancer, is eligible to use the state’s law, overwhelmingly approved by Colorado voters in 2016.

The growing number of state aid-in-dying provisions are increasingly coming into conflict with the precepts of faith-based hospitals, which oppose the practice on religious grounds.

Morris’ dismissal presents an early test of state laws. The Trump administration has moved to broaden the latitude of providers to refuse to participate in medical interventions they object to on religious grounds, though that has previously applied primarily to abortion and contraception.

As hospitals across the country have consolidated, five of the top 10 hospital systems by net patient revenue are associated with the Roman Catholic Church, according to Definitive Health. That includes hospitals that did not previously have any religious affiliation. Meanwhile, there are 10 U.S. jurisdictions where aid-in-dying has been approved and public support for the option is increasing.

The Aug. 26 firing came days after Morris joined with Mahoney in filing a state lawsuit that alleges that Centura’s faith-based policy violates the law that allows doctors to prescribe lethal drugs to dying patients who want to end their own lives.

Officials at Centura, a system jointly run by Catholic and Seventh-day Adventist churches, told Morris on Monday that she had defied church doctrines that govern her employment.

“I was shellshocked,” Morris said in an exclusive interview with Kaiser Health News. “Because of all the things I expected them to do, that was not in the playbook. Because it seemed so obvious that they can’t do it.”

But in legal documents filed Friday that ask to elevate the case to federal court and invoke the First Amendment in defense of their actions, Centura officials said Morris had violated terms of her physician’s employment agreement and “encouraged an option that she knew was morally unacceptable to her employer.” 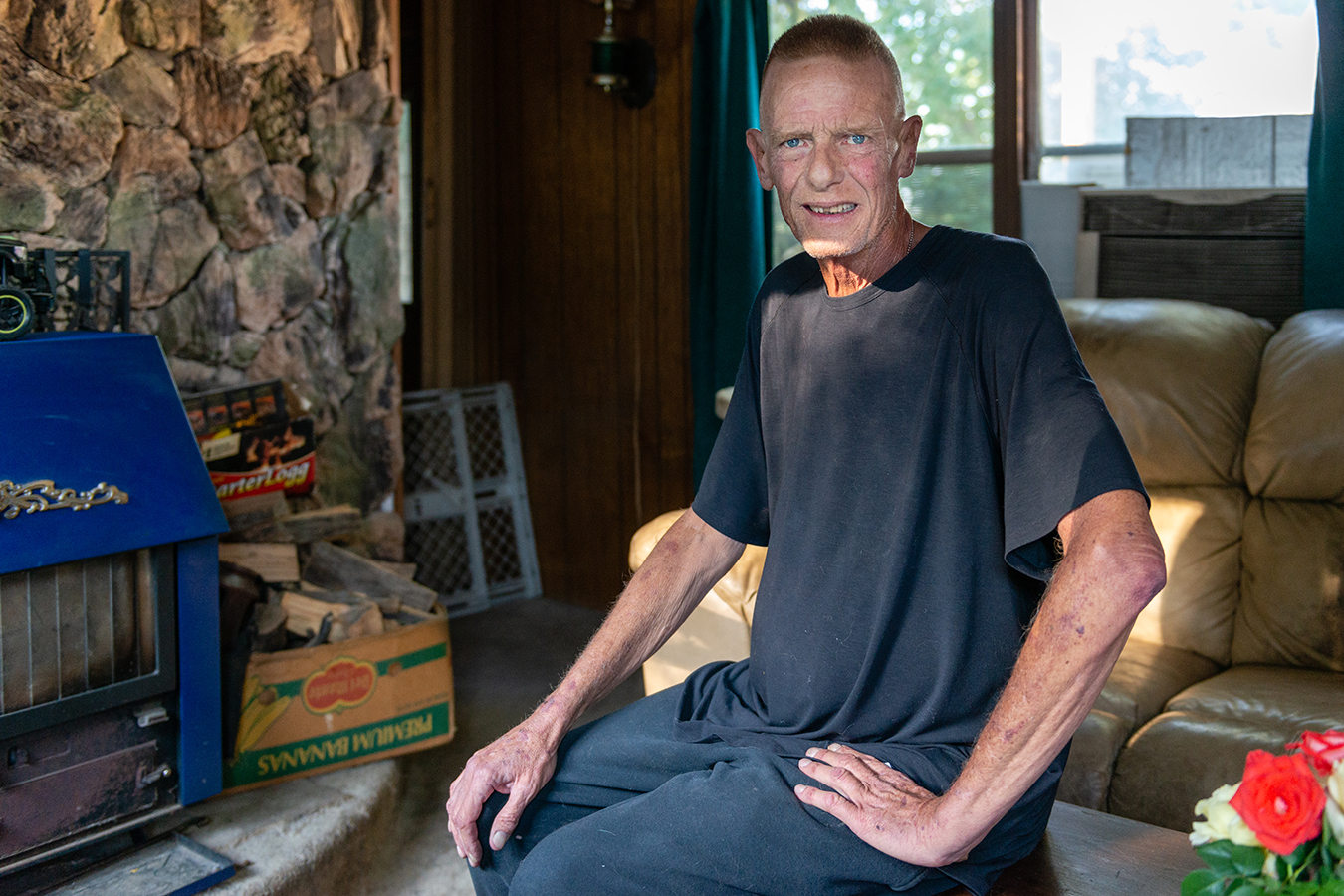 Neil Mahoney, the former manager of a landscape company, was recently diagnosed with stage 4 cancer that had already spread through his body. Mahoney wants to use Colorado’s End of Life Options Act, but his hospital won’t allow it.(Heidi de Marco/KHN)

For Mahoney, the firing deals yet another setback in his quest to use the law. Mahoney, who in July was given four to 14 months to live, said he watched his mother die a slow, painful death and hopes to avoid that for himself.

“Knowing that I could die at home is huge,” said Mahoney, who has lost 30 pounds since April, even as his belly swelled painfully with fluid as a result of the cancer. “This gets dragged out too long.”

The Trump administration in May approved a so-called conscience rule that strengthens the rights of hospitals and health workers to refuse to participate in patient care based on religious or moral grounds.

At the same time, more doctors and patients in the country are providing and receiving health care subject to religious restrictions. About 1 in 6 acute care beds nationally is in a hospital that is Catholic-owned or -affiliated, said Lois Uttley, a program director for the consumer advocacy group Community Catalyst.

In Colorado, one-third of the state’s hospitals operate under Catholic guidelines.

In a letter hand-delivered to Morris, who has worked for the health care system since 2013, Centura president Vance McLarren said that she had violated the firm’s governing rules, the Ethical and Religious Directives for Catholic Health Care Services.

“Rather than encouraging patient Cornelius Mahoney to receive care consistent with that doctrine or transferring care to other providers, you have encouraged a morally unacceptable option,” the letter said.

The directives state that Catholic health care providers “may never condone or participate in euthanasia or assisted suicide in any way.” Such acts are described as “intrinsically immoral” and “intrinsically evil” in the document.

“Patients experiencing suffering that cannot be alleviated should be helped to appreciate the Christian understanding of redemptive suffering,” the document states.

Centura officials confirmed Thursday that Morris is no longer employed there, adding in a statement that the firm “expects all our caregivers to act in a manner consistent with our Mission and Core Values.” 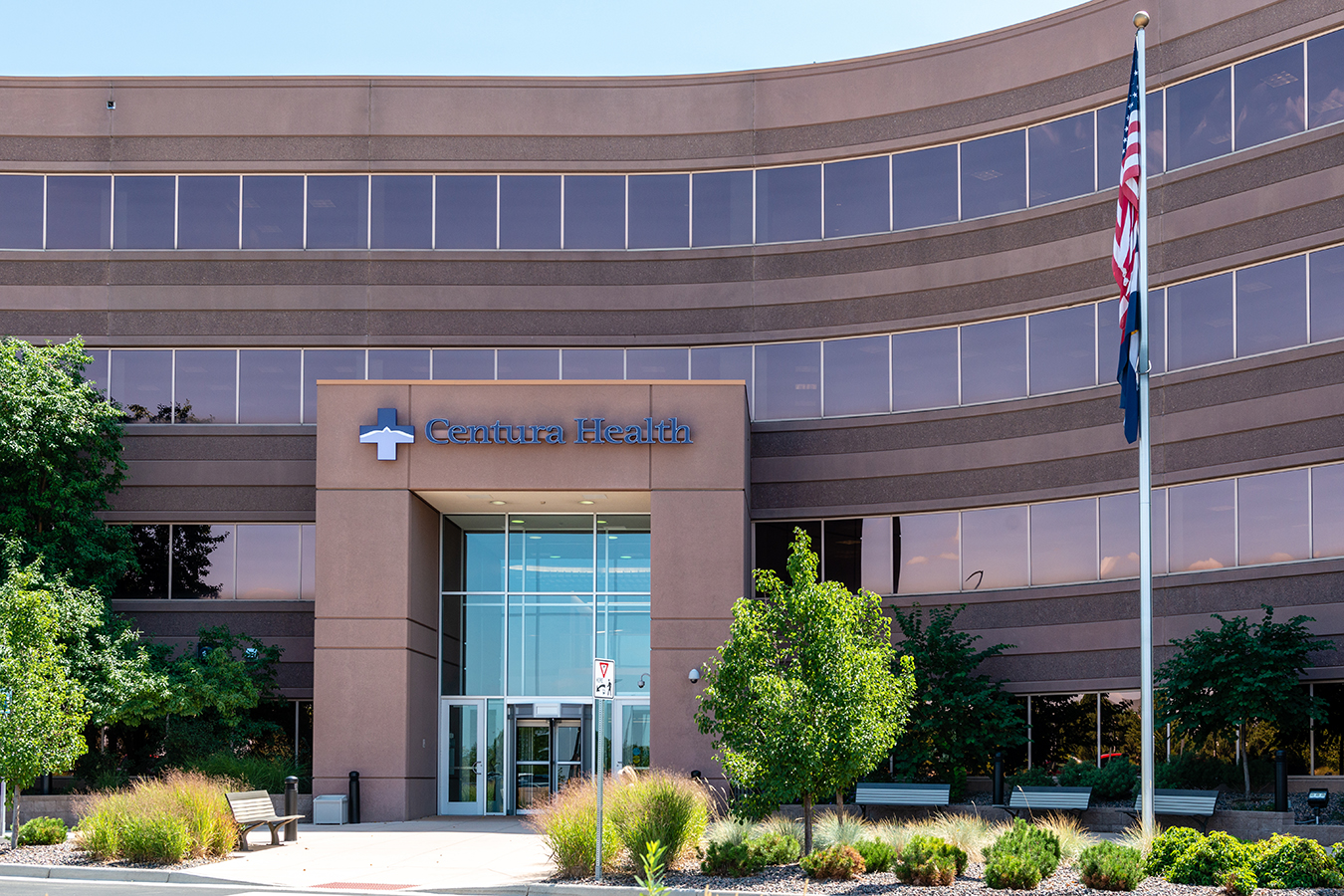 Company officials did not address claims that Centura violated state law but argued that its policy prohibiting doctors from prescribing drugs or otherwise participating in medical aid-in-dying is federally protected.

“We believe the freedom of religion doctrine at the heart of the First Amendment to the U.S. Constitution supports our policies as a Christian health-care ministry,” Centura spokeswoman Wendy Forbes said in an email. “We will vigorously defend our Constitutional rights.”

Legal experts said that Morris’ firing may be rare or even unprecedented, but the argument based on the First Amendment has gained support recently in conservative circles.

“In recent years, the radical right has gotten traction with the argument that religious peoples’ constitutional rights are violated if they have to follow the same law as everybody else,” said Robert Rivas, a Florida lawyer who serves as general counsel for the Final Exit Network, a nonprofit group that promotes right-to-die causes.

“When you look closely at what they are saying,” he said, “it turns out they really want to be empowered to force their religion on others.”

Officials with the Archdiocese of Denver said they supported Centura’s efforts to uphold church doctrine.

“Asking a Christian hospital to play any role in violating the dignity of human life is asking the Christian hospital to compromise its values and core mission,” spokesman Mark Haas said in a statement. “This is not the hospital forcing its beliefs upon others, but rather having outside views forced upon it.”

The issue is playing out against growing federal protections for religious views of health care, said Kathryn Tucker, executive director of the End of Life Liberty Project and co-counsel on the Centura lawsuit filed Aug. 21.

The Trump administration conscience rule, which was challenged by two dozen states and cities, including Colorado, has been delayed until Nov. 22.

“What’s getting lost here is the patient, and the doctor may hold equally strong ethical and religious views as Centura,” Tucker said. “Why should their views be overridden by the views of corporate religious medicine?”

Morris’ termination was immediate, according to the letter. She was asked to hand over her badge and her company laptop computer. The action abruptly halted her care of 400 geriatric  patients and left Morris worried about their future.

“These are complex, ill patients,” Morris said. “We have a pretty big thing in medicine about not abandoning patients, so that’s a pretty big issue.”

Colorado’s End of Life Options Act, approved by 65% of voters in 2016, allows hospitals and health systems to opt out of offering aid-in-dying drugs for use on their premises.

In addition, another Colorado law says health care facilities may not “limit or otherwise exercise control” over a physician’s medical judgment.

The suit asks a judge to rule that the hospital system may not bar Morris from prescribing the lethal drugs — or penalize her if she does.

Centura officials expressed sadness over Mahoney’s illness but said the institution promotes “the sacredness of every human life.”

After he received his grim diagnosis, Mahoney asked an oncologist and a social worker at his cancer center to help him access aid-in-dying. Both said no.

“I feel like I got slapped in the face,” Mahoney said.

Mahoney was advised to transfer his care to a secular provider, but he said he didn’t want to undergo additional tests, costs and travel as he struggled with debilitating symptoms.

Morris said she understood that Centura was religiously affiliated when she was hired but didn’t anticipate a problem.

“I didn’t think it was going to affect my general family practice,” she said. “Until these conversations about medical aid-in-dying, I hadn’t felt any interference.”

Once the law passed, however, a growing number of patients asked about the option.

“I’ve had patients as they face devastating illness or the end of life where they say, ‘Will you do this for me?’” she said, adding later: “At a certain point, we have to stand up for what’s right.”

Morris is considering her next steps, including separate legal action against Centura over her termination. Mahoney, who is scheduled for his third round of chemotherapy soon, said he’s not sure what to do in the wake of the firing.

Raised Catholic, he said, he rejected that theology long ago.