Research has shown that women have a different immune system from men and may respond differently to different immune disease processes. For example, studies have shown that women are eight times more likely to get autoimmune diseases such as multiple sclerosis, lupus and rheumatoid arthritis compared to men but have a lower risk of certain cancers such as colon, kidney, melanomas and lung cancers. Further women seem to respond better to immunotherapies for certain cancers than men.

A team of researchers from Arizona State University looked at the reason why the immune system in women is different from that of men. Their research was published this week in the journal Trends on Genetics. The team explains that this study could pave the way for deeper understanding of certain cancers and autoimmune disorders. The study is titled, “The pregnancy pickle: Evolved immune compensation due to pregnancy underlies sex differences in human diseases.” 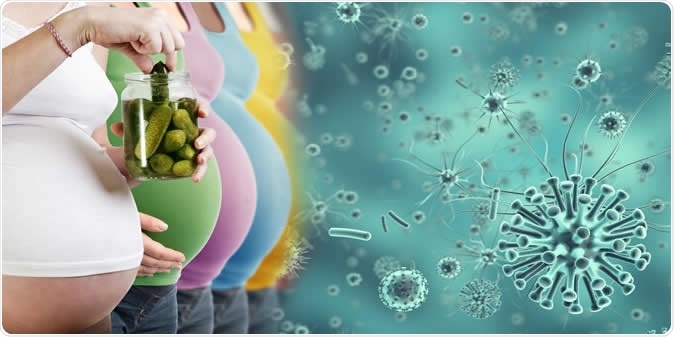 Melissa Wilson, assistant professor with ASU’s School of Life Sciences and senior author of the paper, in a statement said, “Until now, the differences between women and men in regards to human diseases have not been explained by existing theories. We are proposing a new theory called The Pregnancy Compensation Hypothesis.” Calling it the “pregnancy pickle”, she explained that the placenta and the pregnancy are “immunologically invasive” and the women bear them. This makes her immune system different from men. She said, “Basically, women’s immune systems evolved to facilitate their survival during the presence of an immunologically invasive placenta and pregnancy, and compensate so they could also survive the assault of parasites and pathogens. But now, in modern, industrialized societies, women are not pregnant all the time so they don’t have a placenta pushing back against the immune system. The changes in their reproductive ecology exacerbate the increased risk of autoimmune disease because immune surveillance is heightened. At the same time, we see a reduction in some diseases, like cancer.”

Lead author of the study Heini Natri is a postdoctoral scholar with the ASU Center for Evolution and Medicine. She said that this study reveals how immunotherapy could be tailor made for men and women. She said, “We think the Pregnancy Compensation Hypothesis can explain why there’s a big sex difference in these diseases. Going forward, understanding the evolutionary origin of the sex bias in these diseases can help us better understand the mechanisms and particular pieces of the immune system we can target.” She added, “Our goal is to actually make treatments better for everyone. We are realizing that cancer is different in men and women. In the study of most cancers and other diseases, and so far in the development of cancer treatments, that has not really been taken into account.”

The researchers noted that urban modern lifestyle is a factor that can affect the immune systems as well. For example people living in urbanized and industrialized regions are more likely to suffer from autoimmune disorders. They explain that the immune system thrives when it is exposed to parasites and microbes. This keeps the system active. With urbanization, there is a reduction in this exposure to parasites. The immune system thus turns on itself. This is the basis for autoimmune diseases. Angela Garcia, one of the authors and a postdoctoral research fellow with the center explained, “There is a mismatch between the ancestral environment humans were adapted to, and the industrialized environment many people currently live in. In terms of an evolutionary timescale, our environment has changed incredibly fast.” She added, “We have also shifted from an active lifestyle to a sedentary one. We now have an overabundance of calories available, which potentially allows us to maintain excessive levels of hormones, including the female hormone estradiol. Maintaining such high levels of hormones may increase the chance of triggering autoimmune diseases.”

Future research is being planned on the Pregnancy Compensation Hypothesis where both environment and genes would be taken into account said the authors. Kenneth H Buetow, a professor with the school and co-author of the study said, “We think this is more than a hypothesis. By using modern molecular biologic techniques in genetics and genomics, we can look at the differences between male and female immune systems, and between modern immune profiles and those in pre-industrial populations. By doing so, we may find new ways to prevent cancer and autoimmune diseases.” Wison agrees saying that there is a play between genes and the environment that leads to these autoimmune diseases. She said, “Going forward, we need to systematically collect environmental variables like pathogenic exposure, levels of stress and reproductive hormones, and parity. We have to understand these areas better.”

The researchers concluded, “The PCH (Pregnancy Compensation Hypothesis) generates a series of expectations that can be tested empirically and that may help to identify the mechanisms underlying sex differences in modern human diseases.”