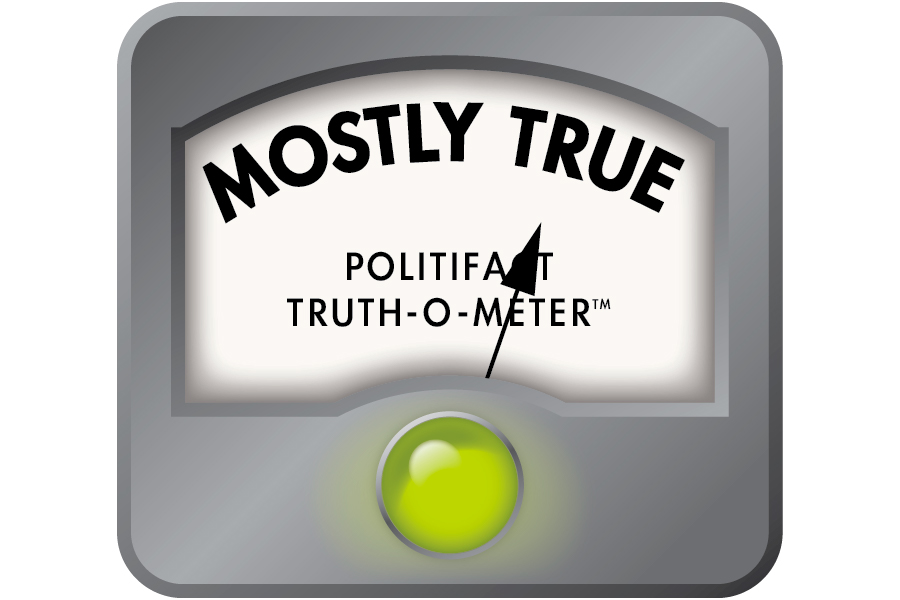 “The so-called ‘heartbeat’ law outlaws abortion before most women even know that they’re pregnant. This is one of the most restrictive anti-abortion laws in our country.”

Georgia Gov. Brian Kemp signed into law Tuesday the state’s latest abortion restriction. Political reaction to the measure, which prohibits the procedure once a doctor can detect a fetal heartbeat — usually at about the six-week mark — was swift.

Abortion opponents applauded the measure, which puts Georgia in the company of Ohio, Kentucky, Mississippi, North Dakota and Iowa. (Courts have blocked the Iowa and North Dakota laws.) Reproductive rights activists are widely expected to challenge the Georgia law, which many legal experts say violates the abortion standard set by the Supreme Court in its landmark Roe v. Wade decision.

Rep. Eric Swalwell (D-Calif.), a 2020 Democratic presidential candidate, was among the critics who weighed in.

“The so-called ‘heartbeat’ law outlaws abortion before most women even know that they’re pregnant,” Swalwell posted on Twitter. “This is one of the most restrictive anti-abortion laws in our country.”

Swalwell’s claim is an argument we’ve heard often about the six-week abortion ban. We emailed his press team, who redirected us to an article in The Atlanta Journal-Constitution, describing the law’s passage. But we wanted to dig deeper.

Swalwell’s claim has two components: First, he said the law bans abortion “before most women even know that they’re pregnant.”

This is a tricky one. We contacted four reproductive-law experts, along with the American College of Obstetricians and Gynecologists. We also looked at information from the Guttmacher Institute, a reproductive health research and policy organization that supports abortion rights but whose research is widely cited.

None of those sources could point us to data showing when “most women” know they’re pregnant.

Maggie McEvoy, an ACOG spokeswoman, said the organization doesn’t track that information, and it isn’t clear anyone does.

And about Swalwell’s statement:

“Is it empirically true? I don’t know that the medical literature supports that,” said Katherine Kraschel, who runs the Solomon Center for Health Law and Policy at Yale Law School. 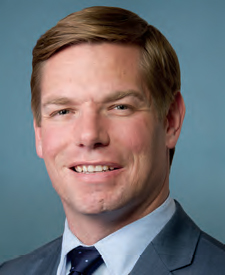 But even without that data, experts said, it is abundantly clear that women who are not trying to conceive are much less likely to be aware of a pregnancy until well after six weeks.

That’s because “six weeks” really means “six weeks after a woman’s last menstrual cycle.” Typically, a cycle is about 28 days, or four weeks, long. But many women are accustomed to having irregular periods, and delays can be exacerbated by everyday factors such as stress and fatigue, which could stretch a cycle to 30 or 40 days. At this point, though a woman may not yet be aware that she is pregnant or be experiencing any symptoms, a physician may be able to discern a fetal heartbeat.

Guttmacher Institute, “A Surge in Bans on Abortion as Early as Six Weeks, Before Most People Know They Are Pregnant,” updated May 7, 2019.

Telephone Interview with Katherine Kraschel, May 9, executive director of the Solomon Center at Yale Law School, May 9, 2019.

Telephone Interview with Melissa Murray, professor of law at New York University, May 8, 2019.

Telephone Interview with Megan Christin, director of media relations and communications at American College of Obstetricians and Gynecologists, May 9, 2010.

Email Interview with I. Glenn Cohen, professor of law at Harvard University, May 8, 2019.

Email Interview with Kimberly Mutcherson, professor of law at Rutgers Law School, May 8, 2019.

Email Interview with Maggie McEvoy, senior manager of media relations and communications at the American College of Obstetricians and Gynecologists, May 9, 2010.

Generally, medical experts say, women who are actively trying to conceive tend to track their cycles very closely and know much sooner if they are pregnant. But for women whose pregnancies are unintended, and who may be more likely to contemplate an abortion, Swalwell’s statement is more accurate.

About two-thirds of women seeking abortions usually come in around eight weeks since their last menstrual period, per the most recent Guttmacher statistics.

In other words, the six-week restriction would cut off access to abortion at a point in the pregnancy when “there’s a high level of women who might not know,” Kraschel said.

‘One Of The Most Restrictive’

The second half of Swalwell’s claim is easier to verify.

He said this is “one of the most restrictive anti-abortion laws” in the country, a characterization experts say is certainly accurate. The phrase “one of” is a crucial distinction. The Georgia ban is no more stringent than those approved in the five other states that have passed heartbeat laws.

In Alabama, lawmakers are considering a bill that would effectively criminalize all abortions — treating physicians who perform the procedures as felons. If it were to become law, Alabama’s would be the most stringent in the nation. But voting in the state Senate on that legislation was postponed after a debate erupted over whether to include an exemption for rape or incest.

Legal experts also suspect that, as conservatives pursue new abortion legislation, heartbeat restrictions are among the likeliest to end up in front of the Supreme Court. Conservatives believe the judicial makeup favors a ruling that could overturn or scale back the abortion protections outlined in Roe v. Wade.

Swalwell runs into data obstacles with the first half of his claim. He says a six-week ban prohibits abortion before “most women” know that they are pregnant, but there isn’t any research that conclusively says that’s correct.

Some clarification would help him here.

Most women who aren’t trying to conceive are less likely to know this early that they are pregnant. They probably aren’t taking pregnancy tests or closely monitoring their periods. And women seeking abortions are generally coming in after six weeks.

To be fair to Swalwell, his broader point here is true: The women more likely to seek abortions are, six weeks from their last period, less likely to realize they are pregnant.

The second half of this claim is unequivocally correct. Georgia’s law is indeed among the nation’s strictest.

This claim is correct but could use more context and clarification. We rate it Mostly True.