Confirmation that the Zika virus had caused microcephaly in Thailand is not likely to scare off large numbers of Chinese tourists due to jet in for holidays in the next week, tourists and industry operators said.

Thailand reported on Friday the first confirmed cases in Southeast Asia of microcephaly, a birth defect marked by small head size, linked to the Zika virus, a day after U.S. officials recommended that pregnant women postpone travel to 11 countries in the region, including Thailand, because of Zika.

China’s “Golden Week” break, which starts on Saturday, sees an exodus to overseas holiday spots with tropical Thailand a favorite for Chinese visitors, who are already the most numerous in the country.

In Bangkok’s bustling Chinatown, tourists said they were scared about Zika but not deterred.

Tina Lan, 30, from Shanghai, said she had booked her Golden Week flights to Thailand six months ago.

“I’m slightly scared because Zika is transmitted by mosquitoes and there are lots of them here,” Lan told Reuters, but she added she will continue her tour in Thailand, which she has visited before.

Industry officials also said news of Zika was expected to have no impact on Chinese arrivals, at least in the short term.

Thailand expects 220,000 Chinese visitors during the break, up about 30 percent from last year, Tourism Authority of Thailand Governor Yuthasak Supasorn told Reuters, and Zika fears were not expected to spoil the holiday mood.

“We have confidence in Thailand’s public health system. The number of Chinese tourists coming to Thailand should be on target,” Yuthasak said.

Roong Mallikamas, head of the macroeconomics and monetary policy department at the Bank of Thailand, said Zika would not have a big impact on tourism because it was not as serious as other diseases previously seen in the region, such as a deadly 2003 outbreak of Severe Acute Respiratory Syndrome (SARS).

Zika has spread extensively in Latin American and the Caribbean over the past year or so, and more recently it has been cropping up in Southeast Asia.

Thailand has confirmed 349 Zika cases since January, including 33 pregnant women.

Budget-friendly Thailand has seen a steady increase in Chinese tourists over recent years. A hit 2012 Chinese comedy film, “Lost in Thailand”, boosted the image of a tourist paradise of Buddhist temples and beaches.

Thailand expects a record 33 million visitors this year, driven mostly by an increase in Chinese numbers.

The tourism industry, which accounts for about 10 percent of gross domestic product, has weathered more than a decade of unrest including military coups in 2006 and 2014 and a wave of deadly bombings in August that killed four Thai tourists and injured dozens, including foreigners.

A bomb last year at a Bangkok shrine popular with Asian visitors killed 20 people, seven of them from China, but failed to put a dent in arrivals.

Supawan Tanomkieatipume, president of the Thai Hotels Association, said she had not heard of any hotel cancellations since the confirmation of Zika-linked microcephaly.

“These are very rare cases and the virus isn’t a concern for them,” Supawan told Reuters.

Charoen Wangananont, president of the Association of Thai Travel Agents echoed that optimism.

“I haven’t found any Chinese tourists, even ones that are pregnant, voicing this concern,” he said. 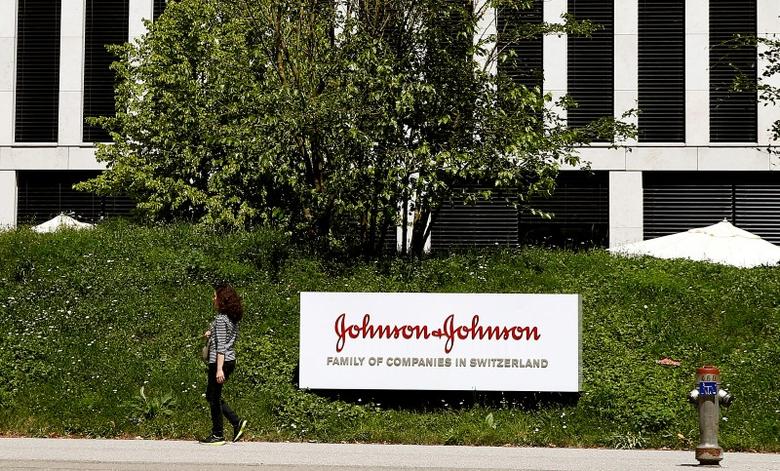 The logo of healthcare company Johnson & Johnson is seen in front of an office building in Zug, Switzerland July 20, 2016.