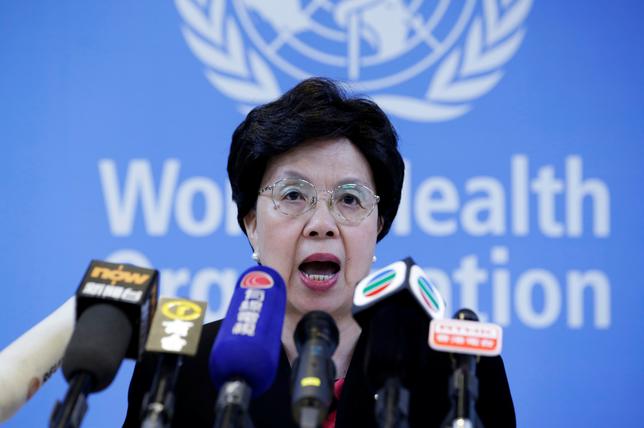 The risk of Zika virus infections at the Olympic Games is both low and manageable, the chief of the World Health Organization said on Friday, a week before the event kicks off in Rio de Janeiro.

Nearly half a million people are expected to visit for the Games, many from the United States. Worries about security, the Zika virus and an economic crisis could deter travelers, with just under a third of event tickets as yet unsold.

Brazil has been hardest hit by the disease outbreak, and many physicians, competitors and potential visitors have expressed fears the Olympics could serve as a catalyst to spread the virus globally.

“We feel that the risk of Zika infection is low for an individual, and it is manageable,” Margaret Chan, director general of the world health body, told reporters in the Chinese capital.

“As long as individuals take appropriate personal protective measures, including the use of a mosquito repellent, including wearing clothing that prevents mosquito bites,” she added.

The WHO assessment factored in the latest understanding of the disease and actions taken by Brazil, said Chan, adding that she would be going to the games in Rio de Janeiro.

There is currently no vaccine or treatment for Zika, which is spread primarily through the bite of an infected mosquito, although it can also spread through sexual transmission.

Chan made a plea for Games visitors to use condoms.

“When you go to Brazil, to Rio, practice safe sex, please use condoms,” she added.

“Of course, we also have learnt from the latest evidence it’s not just infected men who can pass the disease to their sex partners. There was a case of a lady passing the disease to a man, so it can go both directions.”

Global health officials are racing to better understand the Zika virus which has spread to many countries in the Americas.

The WHO says there is strong scientific consensus that Zika is a cause of the birth defect microcephaly, or small heads in babies, as well as Guillain-Barre syndrome, a neurological disorder.