Sleep disturbance — especially waking frequently during the night — was associated with an increased incidence of cerebral vessel damage and other brain insults related to stroke in an autopsy study of elderly people who had their sleep quality monitored prior to death.

Each additional two arousals during a single hour of sleep was associated with a 30% increase in the odds of showing visible signs of severe cerebral small vessel thickening, reported Andrew Lim, MD, of Sunnybrook Health Science Center in Toronto, and colleagues in Stroke.

Elderly people are at high risk for both stroke and sleep disturbances. Getting too little sleep has been linked to an increased risk for stroke in several studies, but important histopathologic pathologies in the brain can not be identified in living patients, the researchers wrote.

“Some cerebrovascular pathologies, such as arteriolosclerosis, cerebral amyloid angiopathy, and microscopic infarcts, can only be quantified by histopathology and with few exceptions, their associations with sleep are unknown. This is important because these pathologies contribute not only to clinical stroke but also to chronic progressive cognitive and motor impairment,” the researchers wrote.

They used the sleep study data to test their hypothesis that elderly people who experience greater sleep fragmentation also have more evidence of severe arteriolosclerosis and other brain pathologies such as atherosclerosis, cerebral amyloid angiopathy, and macroscopic and microscopic infarcts.

A total of 315 Rush Memory and Aging Project participants were included in the study. The mean age of the participants at death was 90.4 and 70% were female. Twenty-nine percent had experienced a stroke and 61% had one or more moderate to severe vascular abnormalities.

The associations were independent of established cardiovascular risk factors, such as obesity, smoking history, diabetes, and hypertension and other medical conditions such as Alzheimer’s disease, depression, and heart failure.

“In models adjusted for pulmonary and renal function, the associations between sleep fragmentation and arteriolosclerosis were minimally attenuated,” the researchers wrote. “Similarly, in models adjusted for circadian irregularity, dementia, coronary disease, and renal function, the associations with subcortical infarcts were minimally attenuated.”

Sleep monitoring may be useful for identifying seniors at risk for stroke, but more research is needed to determine if these cerebrovascular pathologies are caused by sleep fragmentation or if they are a consequence, Lim noted in a written press statement.

The observational design of the study, along with the lack of data on sleep apnea and limb movement during sleep were cited by the researchers as study limitations, along with the fact that several covariates, including heart disease, smoking, and diabetes status were self reported by the study participants.

“Notwithstanding these limitations, these data show that greater sleep fragmentation is associated with more arteriolosclerosis and macroscopic subcortical infarct pathology,” the researchers wrote. “Further work is needed to clarify whether these are consequences or causes of sleep fragmentation, the role of specific contributors to sleep fragmentation (e.g., sleep apnea), and underlying biological mechanisms.”

From the American Heart Association:

The study was funded by the NIH, the Heart and Stroke Foundation, and the Canadian Institutes of Health Research.

Lim and co-authors disclosed no relevant relationships with industry. 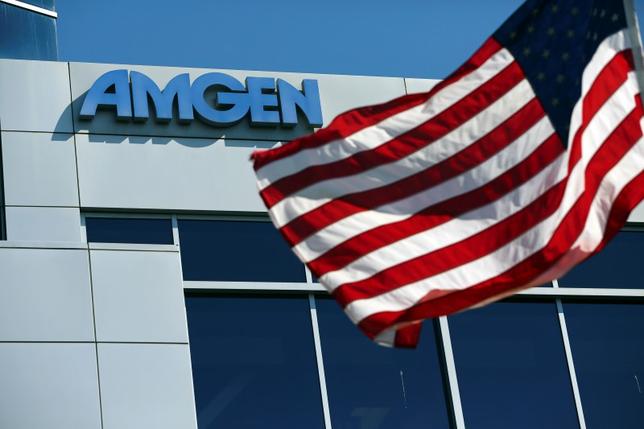 An Amgen sign is seen at the company’s office in South San Francisco, California October 21, 2013.

The U.S. Food and Drug Administration said on Thursday it has approved Amgen Inc’s cancer drug Kyprolis in combination with certain other therapies to treat patients with multiple myeloma.

The agency also approved the drug as a single agent for patients with relapsed or refractory multiple myeloma who have received one or more previous treatments.

The decision converts to full approval an initial accelerated approval given to the drug in 2012 as a single agent, Amgen said. Accelerated approval is given to drugs based on a surrogate endpoint, such as a radiographic image or laboratory measure, that is thought to predict a clinical benefit.

Companies are required to conduct studies to confirm the anticipated benefit. If a confirmatory trial shows the drug does confer such a benefit, the FDA grants full approval for the drug.

A trial testing Kyprolis combined with the drug dexamethasone doubled the length of time before the disease progressed compared with a rival drug, Velcade, plus dexamethasone.

(Reporting by Toni Clarke in Washington; Editing by Bill Rigby)

Poor Circulation in Brain Linked to Psychosis in Alzheimer’s Patients TUESDAY, Jan. 5, 2016 (HealthDay News) — Psychosis, including delusions and hallucinations, affects about half of Alzheimer’s disease patients. And researchers have set out to clarify the link between these two conditions.

Canadian researchers said they found that cerebrovascular disease — a group of conditions that restrict the circulation of blood to the brain — appears to play a significant role in psychosis for those with Alzheimer’s.

About 19 percent of people with Alzheimer’s living in the community (rather than in a nursing home) have delusions. Another 14 percent have hallucinations, the researchers said.

Psychotic symptoms among people with Alzheimer’s can cause added burdens on loved ones and caregivers. These symptoms can also speed up the progression of Alzheimer’s disease, the study authors explained.

For the study, the researchers analyzed autopsy data from more than 1,000 people who had been treated at 29 Alzheimer’s centers in the United States between 2005 and 2012. An Alzheimer’s diagnosis can only be confirmed after death by autopsy.

The research team — led by Dr. Corinne Fischer from St. Michael’s Hospital in Toronto — said that 890 of the study patients had been clinically diagnosed with Alzheimer’s disease while still alive. Of those, nearly 730 had Alzheimer’s that was confirmed by an autopsy, according to the report published Jan. 5 in the Journal of Alzheimer’s Disease.

The autopsies revealed that those with confirmed Alzheimer’s who had been diagnosed with psychosis didn’t have more physical evidence of Alzheimer’s disease in their brains (such as protein deposits).

Instead, the researchers were surprised to learn that risk factors linked to blood vessel problems — such as high blood pressure, diabetes and smoking history — appeared to be strongly related to psychosis.

Because researchers haven’t known the underlying reason for psychosis in Alzheimer’s patients, they’ve been limited in how well they can treat the issue, the study authors explained in a hospital news release. 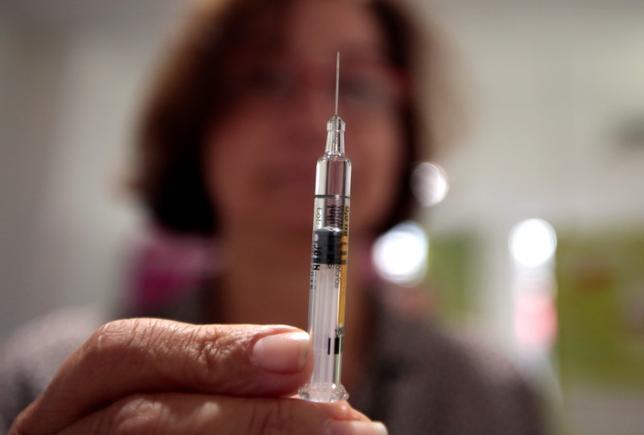 A nurse holds a syringe as part of the start of the seasonal influenza vaccination campaign in Nice, southeastern France, October 21, 2015.

Surgery patients do better when nurses have better working environments, according to a new study.

“This study is for the person, referring doctor or health policy analyst asking, ‘Would I be better off at this hospital or that hospital?'” said lead author Dr. Jeffrey Silber, who is the Nancy Abramson Wolfson Professor in Health Services Research at the Children’s Hospital of Philadelphia.

Hospitals with the better nursing departments also had fewer patients die after a surgical complication, the researchers report in JAMA Surgery.

Hospitals were considered to have good nursing environments if they had more than one nurse for every hospital bed and so-called Magnet status, which is a special accreditation from the American Nurses Credentialing Center.

Patients were also matched by insurance status, race and surgery type. Everyone in the study was at least 65 years old.

The difference in death rates was most pronounced among the least healthy patients, who were nearly 3 percentage points less likely to die at hospitals with good nursing environments.

Being in a hospital with a good nursing environment cut the odds of needing to be in the intensive care unit nearly in half, perhaps because of better care on the regular patient floors, the authors say.

“We didn’t expect to see that big of a difference,” said Silber, who is also a professor at the University of Pennsylvania’s Perelman School of Medicine and Wharton School.

Ardith Doorenbos, who was not involved with the new study, said nurse-to-bed ratio and Magnet status are both important factors for patients to consider.

“You’re going to see a difference in the amount of care and the quality of care when you have a good nursing environment,” said Doorenbos, who is professor at the University of Washington School of Nursing and investigator at the UW Medicine Surgical Outcomes Research Center in Seattle.

Dr. Amir Ghaferi, who co-wrote an editorial on the new study, said other research has also found better results at hospitals with Magnet status.

“I think it’s reasonable for patients to look at that and pay attention to that,” said Ghaferi, of the Center for Healthcare Outcomes and Policy at the University of Michigan in Ann Arbor.

Silber agreed, but cautioned that the new study can’t prove that a good nursing environment causes these better outcomes.

“We’re showing how important the marker of nursing is, but I certainly wouldn’t ignore other characteristics,” he said.