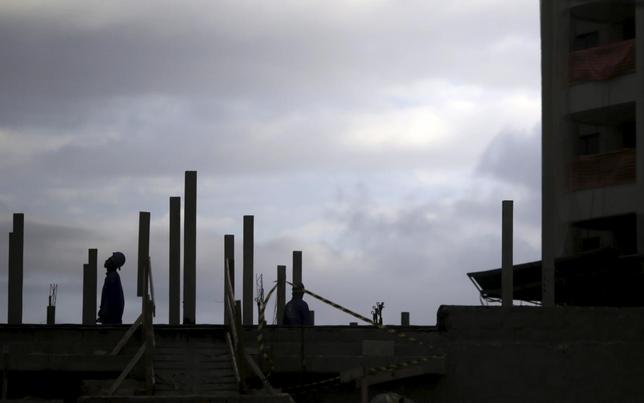 Olympic sailors are not worried about getting sick during the Rio Olympics next year in spite of reports that waters where the sailing events will take place have pollution levels equivalent to raw sewage, competitors told Reuters on Thursday.

Tests conducted by the Associated Press found levels of disease-causing viruses as much as 1.7 million times the level that would be considered hazardous on a Southern California beach.

The levels of raw sewage, the AP reported, contradict statements by Olympic organizers that the water-sports venues will be safe.

However, sailors and rowers who have sailed in the Olympic waters said they were not concerned.

“Brazilians haven’t caught anything,” Olympic gold medalist Marcelo Ferreira told Reuters. “I have never had any health problems sailing in the Guanabara Bay.

“The problem with the Guanabara Bay has been dragging on for 30 years, since I was a child. There’s no point in going on about the quality of the water, the Olympics are going to be in Rio no matter what and so this subject is dead for me.”

A spokesperson for British sailors currently in Rio for a test event said the UK competitors were also not too worried.

American Paige Railey, winner of a gold medal in the women’s laser radial in last week’s Pan American Games, said she had no fears about South America’s first-ever Olympic Games.

“We’ve spent a lot of time there the past few years and haven’t had any issues with the water,” said Railey. “I know U.S. Olympic Committee and U.S. Sailing have taken measures to make sure all of us will be healthy and fine.

“Honestly, Rio has been doing a great job with the water, we haven’t had any issues. I think it’s fine. I even swim in it, it doesn’t bug me at all.”

The waters of the Guabanara Bay on Rio’s Atlantic coast have been polluted for years and successive governments have spent hundreds of millions of dollars on supposed clean-ups to little effect.

Cities around the bay routinely pump untreated sewage into its waters and parts of the coastline are littered with garbage such as tires, sofas, old televisions and all kinds of plastic detritus.

After originally saying they would cut pollution by 80 percent ahead of the Olympics, organizers backed down and said they would only ensure the sailing lanes were clean.