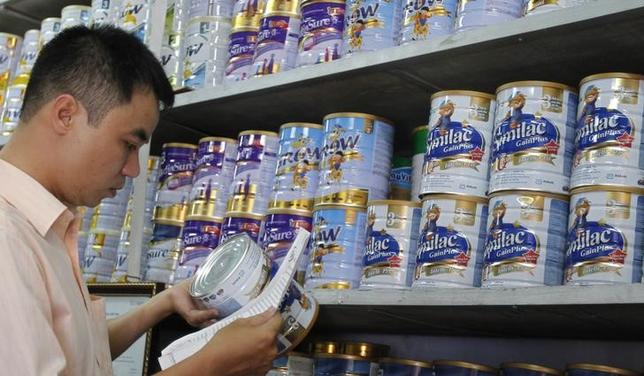 An Abbott Laboratories sales staff checks the serial number of a powder milk tin during a production recall at a milk shop outside Hanoi August 6, 2013.

Abbott Laboratories (ABT.N) on Thursday said it would buy a small private company and has invested in another, with an option to buy, as it places bets on the future growth potential of minimally invasive systems to replace diseased heart valves.

Abbott said it has agreed to acquire the equity in Minnesota-based Tendyne Holdings Inc that it does not already own for $225 million plus future payments tied to regulatory milestones. Abbott already had a 10 percent stake in the company worth about $25 million.

In a separate transaction in which financial details were not disclosed, Abbott said it has provided capital to and secured an option to purchase California-based Cephea Valve Technologies.

Neither deal is expected to alter Abbott’s 2015 earnings forecast, the company said.

The incidence of mitral valve disease is about three times that of aortic valve disease, with multibillion-dollar sales potential, Abbott said.

“Given the market opportunity and clinical need, we see this as a significant driver for growth several years from now,” John Capek, head of Ventures for Abbott said in an interview.

Minimally invasive aortic valve replacement systems are considered among the most important growth drivers for both Edwards Lifesciences (EW.N) and Medtronic (MDT.N).

The dual flap mitral valve sits on the left side of the heart between upper and lower chambers and helps facilitate proper blood flow in the heart.

U.S. regulators have given the green light to a study to test the safety and effectiveness of Tendyne’s mitral valve system, which has begun enrolling patients, Abbott said. It plans to begin enrolling patients next year for a trial aimed at gaining European approval.

The Tendyne valve has been implanted in 10 people so far, Capek said.

“We’re very impressed with results,” he said. “Those 10 patients have done remarkably well.”

The Cephea valve system is at a much earlier stage of development, he said.

Abbott shares were down 33 cents at $50.73 on the New York Stock Exchange.