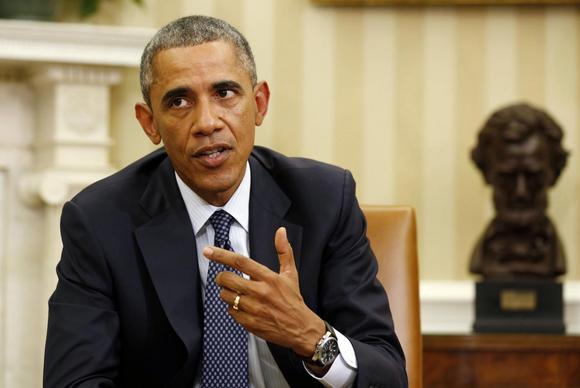 U.S. President Barack Obama talks to the press after meeting with his team coordinating the government’s Ebola response in the Oval Office of the White House in Washington, October 16, 2014.

(Reuters) – President Barack Obama expressed cautious optimism about the Ebola situation in the United States on Wednesday after the U.S. government imposed new screening measures for travelers from West Africa.

Obama sat down for talks with his Ebola response coordinator, Ron Klain, on Klain’s first day on the job since he was appointed last Friday. They were joined by other top officials.

Obama, speaking to reporters, said he is confident that hospitals in Texas and Ohio are prepared if cases of Ebola emerged there. A nurse at a Dallas hospital that treated Ebola victim Thomas Duncan had flown to Ohio a day before she had symptoms of the virus.

The president said modest signs of progress in the fight against the Ebola virus are being reported in hard-hit Liberia.