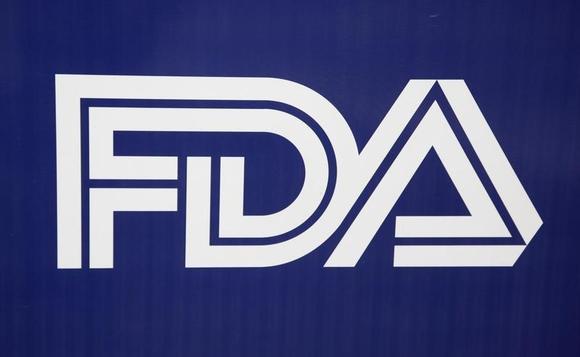 The corporate logo of the U.S. Food and Drug Administration (FDA) is shown in Silver Spring, Maryland, November 4, 2009.

(Reuters) – Sarepta Therapeutics Inc suffered yet another setback after U.S. regulators asked for more data on its experimental muscle disorder drug, a move that further delays the marketing application for the treatment.

Nearly a third of Sarepta’s market value was wiped out on Monday after the company disclosed the U.S. Food and Drug Administration’s decision on eteplirsen, its lead drug.

The company’s shares have been volatile for most of the past year as the timeline for the approval of eteplirsen, based on positive mid-stage data from a tiny 12-patient study, has been pushed back and forth.

The FDA on Monday asked for additional mid-stage and initial late-stage data on the drug, and said it required more discussions with Sarepta to determine what constituted a complete marketing application.

Eteplirsen is being developed to treat Duchenne muscular dystrophy (DMD), a progressive degenerative disorder that hampers muscle movement and affects one in 3,600 newborn boys, most of whom die by age 30.

The agency’s decision delays the submission of Sarepta’s application to the middle of next year, pushing the company behind Netherlands-based competitor Prosensa Holding NV, which has already begun filing for the approval of its drug.

At the heart of FDA’s arguments against Sarepta’s drug lies a protein called dystrophin and its reliability as a biomarker – a measurable indicator of a biological state or condition.

Eteplirsen, like Prosensa’s drisapersen, skips a faulty section of the gene to produce dystrophin, the lack of which causes DMD.

The FDA on Monday asked for an independent assessment of the drystrophin data for the application, as it raised concerns about the reliability of the results, Sarepta said in a statement.

However, the agency in April provided an alternate path to support an accelerated approval of eteplirsen, suggesting walking ability as an intermediate goal and using dystrophin levels as a surrogate endpoint.

“If you question dystrophin as a biomarker – without which Sarepta’s available data is insufficient – the possibility of them getting an accelerated approval is fairly remote,” he added.

Still, analysts expect the drug to win approval eventually, as the regulators requests largely encompass data that Sarepta already intended to submit to the FDA, albeit after filing for marketing.

Prosensa’s shares rose as much as 14 percent to a 13-month high on the Nasdaq on Monday. The stock was up 6 percent at $12.75 by afternoon.