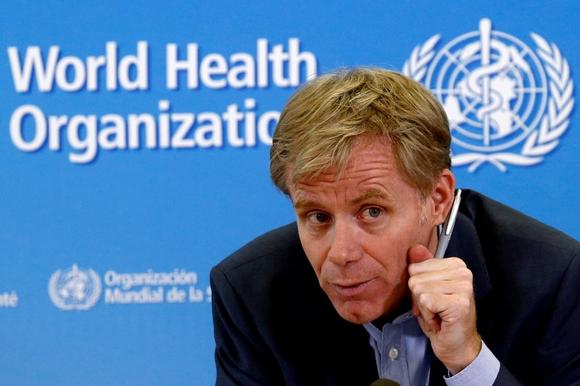 (Reuters) – Liberia, the country worst-hit by the Ebola epidemic, may be seeing a decline in the spread of the virus, although the battle to contain the outbreak is far from won, the World Health Organization said on Wednesday.

WHO Assistant Director General Bruce Aylward told a news conference the number of burials and new admissions had fallen and there was a plateau in laboratory-confirmed cases.

“All the data point in the same direction,” he said. “Do we feel confident that the response is now getting an upper hand on the virus? Yes, we are seeing slowing rate of new cases, very definitely.”

Aylward cautioned against overly optimistic conclusions but said: “We’re seeing a reversal of that rapid rate of increase to the point that there seems to be a decline right now.”

Liberian President Ellen Johnson Sirleaf told Reuters on Oct. 8 there were early signs the outbreak might be “in decline”.

Aylward said the fresh information could be attributed to the wrong factors and misunderstood. “Getting a slight decrease in the number of cases on a day-to-day basis, versus getting this thing closed out, is a completely different ball game.”

U.S. Ambassador to the United Nations Samantha Power said governments who made commitments to help fight Ebola should deliver on their pledges and those yet to commit should do so.

Power said she was encouraged by progress in the last couple of weeks, and that the two most critical remaining challenges are to fill gaps in the delivery of people and resources and to fight fear, misinformation and stigma.

“There is a need for more beds, more bleach, more cash in order to pay community mobilizers or people who do safe burial,” she told a news conference in the capital of Ghana after a visit to Sierra Leone, Guinea and Liberia.

In Liberia, the National Christian Ebola Task Force, a group of different Christian denominations, began three days of prayer and dawn-to-dusk fasting on Wednesday to seek salvation from the “curse” of the epidemic, which has killed 2,705 people and infected 4,665 more in the West African country.

“Ebola is a virus from the devil. It’s killing us because we have turned our back to God,” said Reverend David G. Benitoe of the Task Force. “We have traded the worship of God with the worship of demons and witchcraft, and evil stuff is now happening in this country.”

Aylward said there had been 13,703 Ebola cases in eight countries and the reported death toll, to be published later on Wednesday, was likely to be over 5,000.

A jump of more than 3,000 in the number of cases reported since Saturday was largely due to the data being updated with old cases rather than new cases, he added.

Both Senegal and Nigeria have been declared Ebola-free, after passing two incubation periods of a total of 42 days. Cases have also been confirmed in Spain and the United States.

Aylward said he would be “terrified” if his statement was understood to mean Ebola was under control.

“It’s like saying your pet tiger is under control,” he said. “This is a very, very dangerous disease … A couple of burials go wrong, it can start a whole new set of transmission chains and the disease starts trending upward again.”

But if current trends continued, Guinea, Liberia and Sierra Leone should be able to “comfortably” meet a target to scale up Ebola-containment measures by Dec. 1, he said.

Last week, Mali became the sixth West African country to report a case of the disease. A two-year-old girl died after traveling by bus from Guinea with her grandmother, with at least one stopover, in the capital Bamako.

Aylward said the Mali government was working hard to track people who had contact with the girl, with 84 people being monitored and none showing symptoms as of early on Wednesday.

The goal is to set up 56 Ebola treatment centers across the three worst-hit countries, a total of 4,700 beds, Aylward said.

Only 15 centers with 1,047 beds are fully functional now, he said. There are commitments to build and staff 22 centers, but foreign staff are still needed to manage the final 19 centers.

In Sierra Leone, the second-worst-hit country, the number of cases was continuing to increase in some areas, including the capital Freetown. “We’re still seeing this thing burning quite hot in parts of Sierra Leone right now,” Aylward said.

Signatories including two former NATO secretaries-general and three ex-prime ministers said in two open letters the WHO and United Nations should ask for help from NATO, whose “unique capabilities … could make a difference in this situation.”