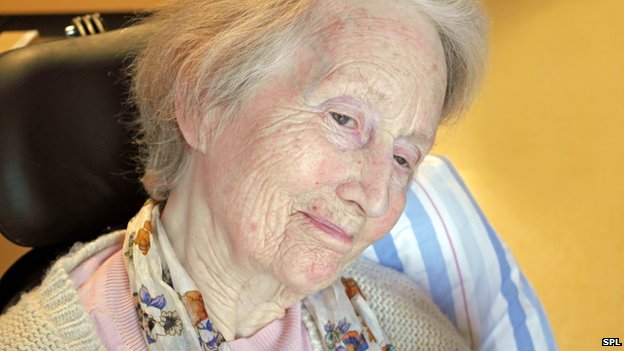 Dementia is the leading cause of death for women in England and Wales, official figures show.

The disease now kills more than three times as many women as breast cancer and thousands more than either heart attacks or stroke.

Analysts say the rising numbers may be because doctors are becoming more aware of the disease and recording it on death certificates more frequently.

Coronary heart disease remains the leading cause of death in men.

For males, dementia is the third most common cause of death.

The gradual wasting away of the brain in dementia cuts lives short.

The condition can be recorded as the sole cause of death, but is frequently found as an underlying condition. Many people with dementia ultimately die from pneumonia.

The data, published by the Office for National Statistics (ONS) showed more than half a million people died in England and Wales in 2013.


Cancer is the leading killer when all subtypes of cancer are combined across both genders. Nearly one in three deaths last year was from some form of cancer.

The latest data confirms a dramatic shift in the causes of death in the past decade.

Improved care means people are more likely to survive heart attacks and more people take statins to prevent them in the first place.

The latest data is the second consecutive year that dementia has been recorded as the leading cause of death for women.

The ONS report said: “Some of the rise over the last few decades may also be attributable to a better understanding of dementia.

“This means that doctors may be more likely to record dementia as the underlying cause of death.”

Hilary Evans, the director of external affairs at the charity Alzheimer’s Research UK, said: “The figures highlight dementia as a huge problem that we cannot shy away from any longer.

“Encouragingly, the statistics reveal that other health conditions, such as heart disease, are beginning to be tamed and this has come about due to improved research into treatment, prevention and better public health.

“We must now turn our attentions to dementia – our greatest health challenge – and invest in research that will drive better prevention and treatment of the condition.”

Gavin Terry, from the Alzheimer’s Society, said: “Dementia is one of the biggest health and social care challenges the UK faces.

“For too long dementia has been wrongly seen by many clinicians as a natural part of ageing and, as such, have failed to record it as a cause of death.”

Prof Peter Weissberg, the medical director of the British Heart Foundation, said coronary heart disease “continues to blight the lives of thousands of people and families”.

“We’ve made great progress over the last 50 years but we still need to fund much more research to stop people dying needlessly, and to help the increasing number of people living with heart disease.”