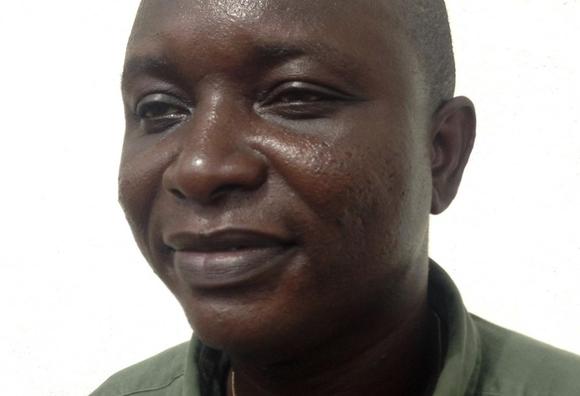 (Reuters) – The doctor leading Sierra Leone’s fight against the worst Ebola outbreak on record died from the virus on Tuesday, the country’s chief medical officer said.

The death of Sheik Umar Khan, who was credited with treating more than 100 patients, follows those of dozens of local health workers and the infection of two American medics in neighboring Liberia, highlighting the dangers faced by staff trying to halt the disease’s spread across West Africa.

Ebola is believed to have killed 672 people in Guinea, Liberia and Sierra Leone since the outbreak began in February, according to the World Health Organisation.

The contagious disease, which has no known cure, has symptoms that include vomiting, diarrhea and internal and external bleeding. The fatality rate of the current outbreak is around 60 percent although Ebola can kill up to 90 percent of those who catch it.

The 39-year-old Khan, hailed as a “national hero” by the Health Ministry, had been moved to a treatment ward run by the medical charity Medecins Sans Frontieres in the far north of Sierra Leone.

He died less than a week after his diagnosis was announced, and shortly before President Ernest Bai Koroma arrived to visit his treatment center in the northeastern town of Kailahun.

“It is a big and irreparable loss to Sierra Leone as he was the only specialist the country had in viral hemorrhagic fevers,” said the chief medical officer, Brima Kargbo.

Weak health systems are struggling to contain the disease despite international help ranging from doctors to safety equipment.

Guinea, where the outbreak originated, has seen new cases in the capital Conakry and in the eastern mining town of Siguiri, where a new isolation ward has opened. In both areas, the infection spread through contact with visitors from Sierra Leone, according to Aboubacar Sidiki Diakite, who leads Guinea’s efforts to stop the outbreak.

While the WHO has stopped short of recommending travel restrictions, the Togolese airline Asky has suspended flights to and from Sierra Leone and Liberia as concern over the spread of the virus has increased since the first death was reported last week in Nigeria’s coastal city of Lagos, home to 21 million people.

The dead man was Patrick Sawyer, a consultant for Liberia’s Finance Ministry in his 40s who had flown to Nigeria with Asky via its home hub, Lome.

His wife Decontee told the U.S. channel NBC News on Tuesday that he was an American from Minnesota.

Asky said it would no longer take on food in Guinea, and that passengers leaving the Guinean capital Conakry would be checked for signs of the disease before departure.

The airline added that medical teams would be deployed to screen passengers in transit through Lome.

Nigeria’s largest carrier, Arik Air, has suspended flights to Liberia and Sierra Leone because of the Ebola risk.

On Monday, a U.S. administration official said President Barack Obama was receiving updates and noted that U.S. agencies had stepped up assistance to help contain the virus.

(Additional reporting by Emma Farge and Bate Felix in Dakar and Clair MacDougall in Monrovia; Writing by David Lewis and Daniel Flynn; Editing by Kevin Liffey)