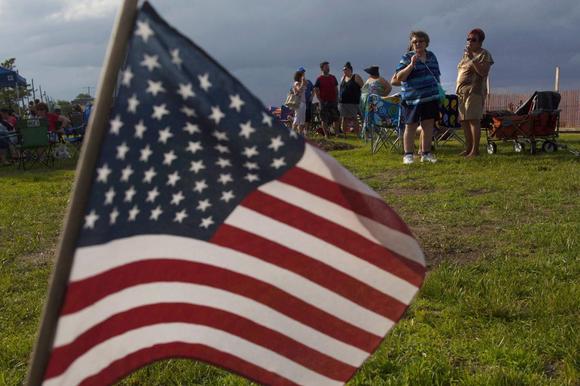 (Reuters) – New Jersey could become the first state in the nation to ban cigarettes, cigars and other tobacco products in all public parks and beaches if Governor Chris Christie signs into law a sweeping anti-smoking bill approved by lawmakers.

The bill passed both houses of the New Jersey legislature with strong bipartisan support and was sitting on Chistie’s desk on Friday but the Republican presidential hopeful would not indicate his intentions.

The legislation would completely prohibit smoking inside all state, county and municipal parks. Public beaches would also be smoke-free, though local officials can opt to save 15 percent of beach land as a designated smoking section.

“This is definitely groundbreaking,” said Karen Blumenfeld, the executive director of Global Advisors on Smokefree Policy, a proponent of the New Jersey bill.

“We would be the first state to impose such a wide ban in all public outdoor spaces and the legislation will continue the trend of New Jersey being a model for other jurisdictions’ anti-smoking policies,” she said.

Smoking is the leading cause of preventable death in the United States, and second-hand smoke exposure has been linked to asthma, lung cancer, and stroke, according to the Centers for Disease Control and Prevention.

Supporters say the ban will allow New Jersey residents and visitors to enjoy parks and beaches without the distraction of wafting cigarette smoke and would drastically reduce litter, fire risks and children’s exposure to smoking.

“No one needs to sit in an ashtray when ?enjoying the beach,” state Senator Joseph Vitale, a sponsor of the bill, told local media.

“I don’t think the government needs to be involved,” said Bryan Adamson, 32, of Blairstown. “As a smoker I use common sense and respect for the environment and those around me,” he said.

Others said it was time to put an end to the outdoors as a last sanctuary for those who choose to light up.

“Even when I smoked and was on the beach next to a smoker I would be frustrated because frankly I don’t want to be stuck around it if I don’t have to be,” said Lauren DiGenova, 26, of Waldwick.

New Jersey has some of the strictest anti-smoking policies in the country. It was the first state to prohibit smoking in college dormitories in 2005, Blumenfeld said. A year later, Trenton banned indoor smoking in bars and restaurants.

More than 200 New Jersey cities, towns and boroughs have already passed their own restrictions on cigarette and tobacco use in parks and beaches. The legislation would cover outdoor public spaces across the state.

Christie’s office would not say where the governor stood on the bill.