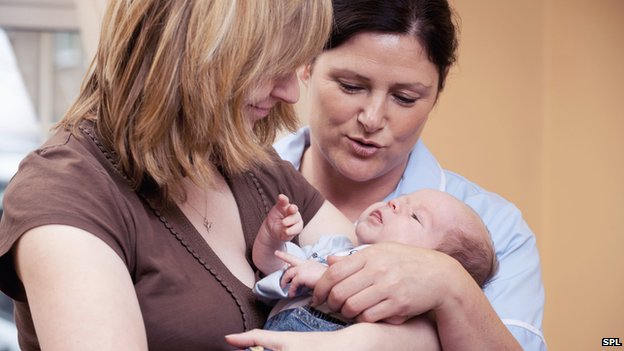 Midwives in England say they are prepared to take industrial action over pay.

More than 94% of midwives and maternity support workers taking part in a consultation said they would consider strike action.

The Royal College of Midwives (RCM) said there was a palpable “sense of anger and frustration” among members.

The RCM will now decide whether to formally ballot members on industrial action.

The NHS Pay Review Body had recommended a 1% pay rise for all staff.

In March, ministers announced a basic 1% pay rise, but added that staff receiving automatic “progression-in-job” increases would not get the 1% as well.

The RCM argue this does not meet the increasing cost of living and say the pay deal amounts to a pay cut.

Cathy Warwick, the chief executive of the RCM, said: “We knew midwives were angry about the derisory offer from the Government, but this response from our members highlights just how unfairly they have been treated.

“Such an unprecedented response with such a large number willing to consider action should ring alarm bells with the Government.

“Midwives and other health workers are seeing their pay falling in real terms as their pay stagnates, pension contributions increase and the cost of living rises.”

The Department of Health said it was “disappointed” and urged unions to “put patients first”.

A spokesperson said: “NHS staff are our greatest asset and we know that midwives across the country are working hard.

“That’s why they should receive at least one per cent additional pay this year and next.

“Since May 2010, there are 1,700 more midwives helping expectant mothers and we want to protect these increases.

“We cannot afford a general pay rise on top of incremental pay increases without risking the loss of frontline NHS jobs.”