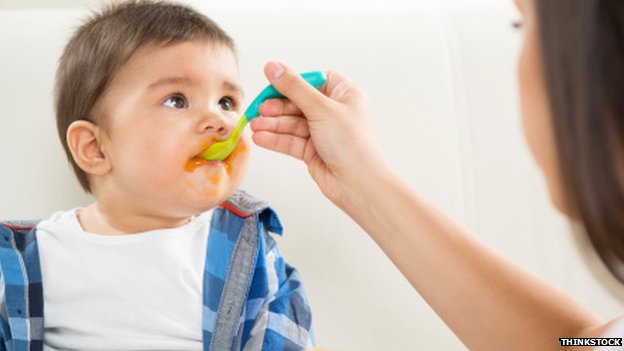 Do not give up on introducing new vegetables, researchers say

Children can learn to eat new vegetables if they are introduced regularly before the age of two, suggests a University of Leeds study.

Even fussy eaters can be encouraged to eat more greens if they are offered them five to 10 times, it found.

The research team gave artichoke puree to 332 children aged between four and 38 months from the UK, France and Denmark.

One in five cleared their plates while 40% learned to like artichoke.

The study also dispelled the popular myth that vegetable tastes need to be masked in order for children to eat them.

During the study, each child was given between five and 10 servings of at least 100g of artichoke puree.

The puree was either served straight, or sweetened with added sugar, or vegetable oil was mixed into the puree to add energy.

The researchers found there was little difference in the amount eaten over time between those who were fed the basic puree and those who had the sweetened one, suggesting that making vegetables sweeter does not encourage children to eat more.

Overall, they did find that younger children ate more artichoke than older children in the study. 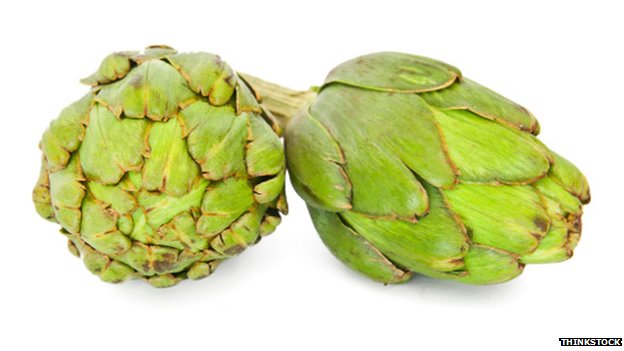 Prof Marion Hetherington, study author from the Institute of Psychological Sciences at Leeds, said this was because children become picky and wary at a certain age.

“If they are under two they will eat new vegetables because they tend to be willing and open to new experiences.

“After 24 months, children become reluctant to try new things and start to reject foods – even those they previously liked.”

Most children in the study were found to be “learners” (40%), who ate more artichoke over time.

Twenty-one per cent consumed more than three-quarters of their serving each time and were labelled “plate-clearers”.

“Non-eaters” made up 16% of the children because they ate less than 10g even when it was offered for a fifth time, while the rest did not conform to any one group.

Prof Hetherington said her research, which is published in the journal PLOS ONE and funded by the EU, offered some valuable guidance to parents who want to encourage healthy diets in their children.

“If you want to encourage your children to eat vegetables, make sure you start early and often.

“Even if your child is fussy or does not like veggies, our study shows that five to 10 exposures will do the trick.”

Globe artichoke was chosen as the vegetable in the study because parents said it was one of the vegetables they were least likely to cook.

NHS guidelines are to start weaning children on to solid foods at six months.