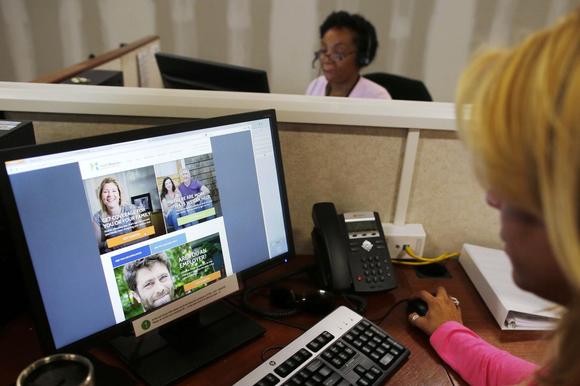 As part of President Barack Obama’s healthcare reform law, the efforts center around more than 360 accountable care organizations (ACOs), which are networks of doctors, hospitals and other providers specially organized to help move Medicare away from traditional fee-for-service medicine.

The U.S. Centers for Medicare and Medicaid Services (CMS) said preliminary data show that the ACOs produced $380 million in savings vis-a-vis traditional Medicare in 2012 by giving doctors and other healthcare providers the incentive to focus on improved outcomes for patients instead of fees from tests and services.

Medicare, the $575 billion government healthcare system for 51 million elderly and disabled beneficiaries, faces growing financial pressures as a result of America’s aging population. A mainstay, the trust fund that pays for hospitalization, is expected to be exhausted in 2026.

Deficit hawks view Medicare as a future driver of the federal debt and have called for major systemic reforms. But the Obama administration has pursued gradual changes including the reform of care delivery systems.

So-called fee-for-service medicine is widely viewed as a cause of rising healthcare costs, because it calls for paying healthcare providers for tests and services that are sometimes unnecessary.

Obamacare seeks to tackle costs by exploring ACOs and other new healthcare business models intended to find savings that do not jeopardize care. A main goal is to generate savings large enough to be shared between Medicare and providers. But some experts are skeptical, saying significant cost reductions could be hard to maintain over time.

But CMS, an agency within the U.S. Department of Health and Human Services, runs two different ACO programs. In its largest, 54 of 114 ACO networks achieved lower than expected expenditures. But only 29 saw savings big enough to share with providers. All told, the program produced $128 million in net savings for Medicare’s trust funds.

“It’s giving us great confidence that this is the right course for the Medicare program and we are confident that it will continue to show quality improvement and cost savings.”

“Today’s report reflects important steps. More work is needed to modernize our antiquated Medicare payment system and base payment on evidence-based quality measures and proven patient outcomes,” said Dr. John Noseworthy, chief executive of the Mayo Clinic in Rochester, Minnesota, which is not part of the government’s program.

“As results of the team-based care models are analyzed, those most effective in driving down health care costs without compromising safety and quality should become part of the healthcare system,” he said.