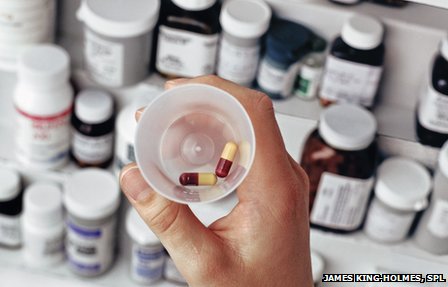 Antibiotics use can lead to diarrhoea, but probiotics may hold the solution

People who are on antibiotics may benefit from taking probiotics at the same time, a review of evidence shows.

Scientists at the Cochrane Collaboration say taking the supplements could prevent diarrhoea – a common side-effect of many antibiotics.

They looked specifically at cases of diarrhoea caused by the potentially dangerous Clostridium difficile bug.

Experts say probiotics could be a “pre-emptive strike” to ensure a healthy balance of bacteria in the gut.

Antibiotics can disturb the ecosystem of organisms normally present in the digestive system, allowing bacteria such as C. difficile to overwhelm the gut.

And people infected with the bug can suffer from diarrhoea, an inflamed and painful bowel or even death.

Researchers worldwide have been investigating whether probiotics – cocktails of micro-organisms – can keep gut bacteria in check by competing with more harmful bugs.

Scientists from the independent Cochrane Collaboration looked at data from 23 trials involving 4,213 patients who were on antibiotic treatment for a variety of reasons.

The researchers found 2% of patients given probiotics developed C. difficile-associated diarrhoea compared with 6% of patients who were taking placebos.

Professor Brendan Wren of the London School of Hygiene and Tropical Medicine, who was not involved in the review, said: “Research into the prevention of C difficile is important – there is something special about the bacterium and the toxin it produces which allows it to have competitive advantage over other bugs and makes it difficult to get rid of.

“The probiotic approach is a good idea. It could provide a pre-emptive strike to make sure the balance in your gut is fine.”

The authors suggest probiotics could be particularly useful when there are outbreaks of C. difficile.

Dr Bradley Johnston, part of the Cochrane team, said: “Implementing the appropriate dose and strains of probiotics in hospitals could provide cost savings and improve quality of life.”

And the review showed that people taking probiotics had fewer unwanted side-effects than those on placebos, including stomach cramps, nausea and taste disturbances.

The authors say more work needs to be done to to pinpoint exactly which types of probiotics work best.

And though probiotics were seen to prevent diarrhoea associated with the bug, they note they did not prevent infections with C. difficile.

They suggest this property needs further investigation to help them understand more about how probiotics work.