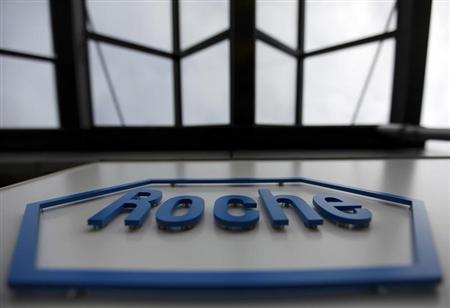 The logo of the Swiss drugmaker Roche is seen on a factory in Burgdorf near Bern November 17, 2010.

* Says will give third-party researchers access to trial data

* Drugmakers under pressure to increase transparency

The company’s move follows a decision this month by British rival GlaxoSmithKline to publish detailed clinical study reports as well as the results of all drug trials.

Roche has also come under pressure from critics, including non-profit organization The Cochrane Collaboration, to hand over data on its blockbuster flu drug Tamiflu amid claims from researchers that there is little evidence it works.

The drugmaker said on Tuesday that it would work with an independent body to evaluate and approve requests to access anonymized patient data and would support the release of full clinical study reports (CSR) via regulatory authorities.

“We understand and support calls for our industry to be more transparent about clinical trial data with the aim of meeting the best interests of patients and medicine,” Daniel O’Day, head of Roche’s pharmaceuticals unit, said.

O’Day said that the new process for accessing trial data would ensure patient confidentiality while avoiding the risk of publishing misleading results.

CSRs are formal study reports that provide more detail on the design, methods and results of clinical trials and form the basis of submissions to regulators such as the U.S. Food and Drug Administration and the European Medicines Agency.

Roche also said it would make arrangements to make public three Roche-sponsored Tamiflu trials that are not currently available.

The company has been embroiled in a bitter row over the trial data, and in an attempt to appease critics it said in November that it would set up a multi-party advisory board to review all the Tamiflu data.

It said that it has agreed to allow a board of experts from academia and private institutions to decide what analyses are useful in assessing Tamiflu’s public health role and all requested Tamiflu trial data will then be handed over.

Add yours using the box above.